Three gigantic cultural and business forces converged in the year 1965 in a rare crossroads moment. Hollywood—the entertainment capital of the world were motion pictures and television shows are produced saw radio (a terrestrial means of broadcasting audio signals to individual receivers) intersect with rock and roll—a style of popular American music that began in the 1950s. See what happened. Legendary Hollywood radio station KHJ is featured prominently in Quentin Tarantino’s 2019 movie Once Upon a Time in Hollywood. 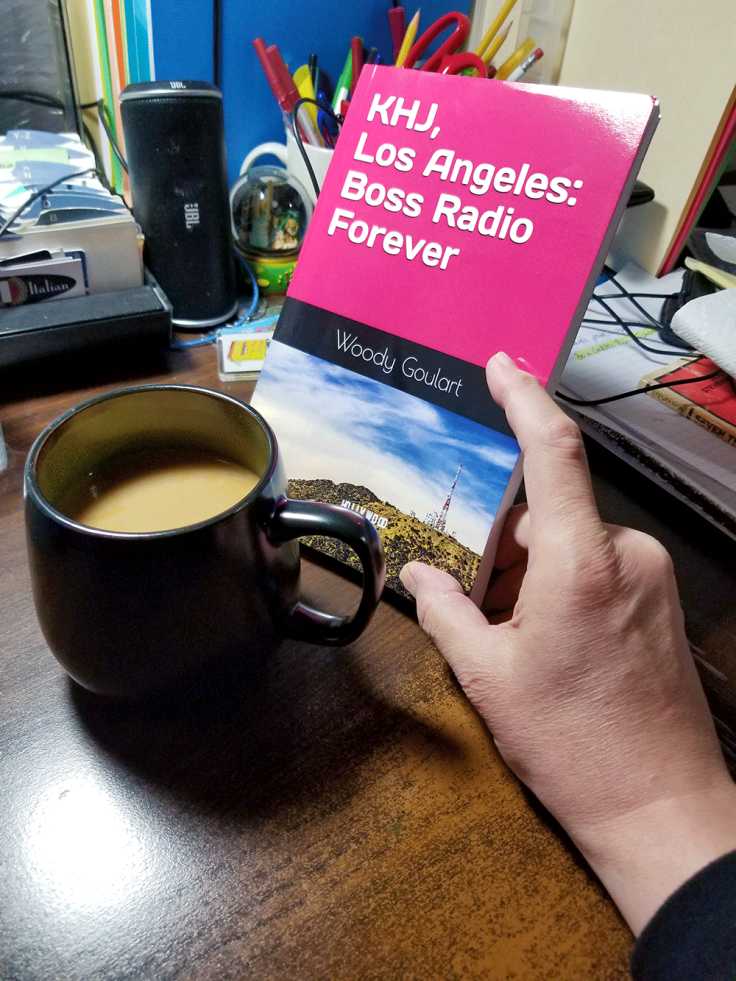 You have arrived at the online companion to KHJ Los Angeles: Boss Radio Forever by Woody Goulart available now in print as a paperback book (pictured) and also in digital format as a Kindle eBook exclusively from Amazon.

I started out working in the radio industry at Cal Poly San Luis Obispo and their college radio station, KCPR.